How To Install a Hampton Bay Ceiling Fan Light Kit?

In this post we will look at the problem of How to Install a Hampton Bay Ceiling Fan light kit. If you are anyone like me, a complete newbie at this, then it’s going to be a fun way to learn. I must admit I am no expert, but after a lot of research I have put together what I feel is a complete guide along with some of the more common questions you may need answers to, and it is well worth the effort adding a light kit as it will provide plenty of overhead lighting.

The simple answer to installing a Hampton Bay light kit is to consult the manual if you have one. However, I am assuming you don’t have access to one, or the manual you do have has not explained the procedure. So, here is a quick overview before we delve more deeply into the procedure. 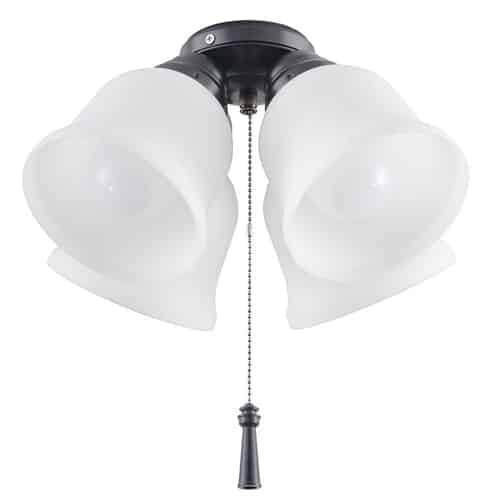 That’s the simple and quick guide to the installation process. Just remember that some of the Hampton Bay ceiling fans will come with a light kit while others you may have to purchase separately. In the case of buying a new light kit make sure your ceiling fan has the right base to fix your light kit to it.

Lets now do the more complex long version of the procedure along with a few helpful pictures.

How Do You Wire A Ceiling Fan Light Kit? 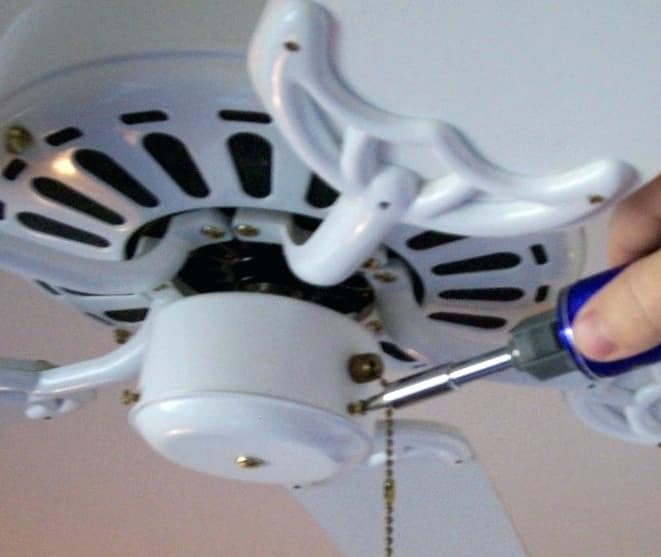 How Do You Install A Hampton Bay Rothley Ceiling Fan?

Well, that’s a good question and I had to do a little research to find the answer. Apparently, if your ceiling fan is still under warranty you may have to buy a kit that matches your fan if you don’t want to void the warranty. However, if your fan is a little older and no longer under warranty then you have a few more options.

Some fan finishes will also mix and match with many other fan finishes from different fan manufacturers to extend the range of styles and finishes possible. You will need to do a little research on your particular fan as many manufacturers won’t tell you which ones as they want you to buy more of their product.

That leads me to the next question.

How Do You Remove The Light Kit From A Hampton Bay Ceiling Fan?

This is pretty much the reverse of installing a light kit as explained above, but for your convenience, I will go through this process step by step as well.

What Wires Go Together on a Ceiling Fan?

If you are new to wiring a ceiling fan then you will find some of the wiring colours a little confusing as I did. But I assure you once you know what colours go together is not that hard. Always ensure you have switched off all power from your main breaker circuit to your ceiling fan before proceeding.

First, take a look at the wires coming from your electrical box. The hot wire is coloured black and will lead back to the wall switch. The neutral wire which completes the electrical circuit is coloured white. The ground wire is the bare copper wire. An additional red wire inside the box will mean that you have a toggle switch on the wall so that the light and the ceiling fan can be operated separately.

Now take a look at the wires in your ceiling fan. The wire that turns the blades and runs the motor is coloured black and is called the hot wire. Again, the neutral wire is white which completes the electrical circuit. There should also be a blue wire which is the ceiling fan light hot wire. There is no ground wire for the ceiling fan motor.

On the ceiling fan bracket used for hanging the fan, there should be a green wire or a green screw. The bare copper wire from the electrical box is attached to this green wire or screw.

If you have the toggle switch to operate the ceiling fan and light separately then match up the red wire and blue wire together.

That should complete the wiring colours and which ones go together on your ceiling fan.

Why Does My Ceiling Fan Work But Not The Lights?

This is a common problem with many different reasons, so we need to approach it logically looking at all the possible reasons.

For this, you will need a noncontact voltage meter. It’s the easiest and safest way to check for electrical current.
The first thing to do is to check for possible damage to the ceiling fan light sockets. Here is the step by step process for doing this.

If the problem is still not resolved then the next stage will be to check the wall switch wiring for the ceiling fan. To do this follow these easy steps below:

If you still have no lights working then the next step is to check the wire connections for the ceiling fan.

Finally, you will need to check the wire connections for the light kit.

If you are still having problems than another possible suggestion would be to replace the pull chain that turns the light on. Check online or your manual to see how to do this.

Can You Install a Ceiling Fan In Any Light Fixture?

The simple answer to this question is ‘Yes, you can install a ceiling fan in any light fixture’ since the wiring is already in place.

However please be mindful that the existing electrical box will not be strong enough to support the additional weight of a ceiling fan. You will need to either use a rated hanger and box to fix the ceiling fan securely between joists. The other option is to screw a simple fan-rated “pancake” to a ceiling joist.

Can You Add A Light Kit To Any Ceiling Fan?

Can You Install A Ceiling Fan Without Wiring?

After doing some more research I found that the cost of installing wiring works out at around about $6 to $8 per foot. I am assuming this is the cost without an electrician. If anyone knows the real cost value with an electrician then please comment below and let us know.

The same process is true for installing a ceiling light without any wiring. You would need to run cables to an existing power source (box) and a qualified electrician would be required for this.

I'm Juan Paul, the guy behind HamptonLightingAdvice. I've been the owner of several Products from Hampton Bay over the last few years and have become obsessed with them. Nearly every day you'll find me searching for newly updated manuals to help myself and others who visit this site. Over the last few years, Hampton Lighting Advice has grown into a pillar of the Home Decor industry with tens of thousands of site visitors each month. You can read more on our About Us page.

With its unique blade design that looks like large leaves this fan has a very good reputation for moving air. It will suit most rooms with its variety of finishes and two diameter sizes, 44 inch and...

on eBay for $63.99 depending on availability. The finish available is brushed nickel or bronze finish with the options of brown blades or reversible sable/honey blades. The three speed reversible...

I'm Juan Paul, the guy behind HamptonLightingAdvice. I've been interested in Home Decor over the last few years and have become obsessed with improving my knowledge of the industry. Nearly every day you'll find me searching for newly updated trends and styles to help myself and others who visit this site. You can find out more about me on our About Us page. Over the last few years, this website has grown into a pillar of the Home Decor industry with tens of thousands of site visitors each month.

This site is owned and operated by HamptonLightingAdvice. Hampton Lighting Advice is a participant in the Google Adsense Program, an advertising program designed to provide a means for sites to earn advertising fees by displaying related advertisements.